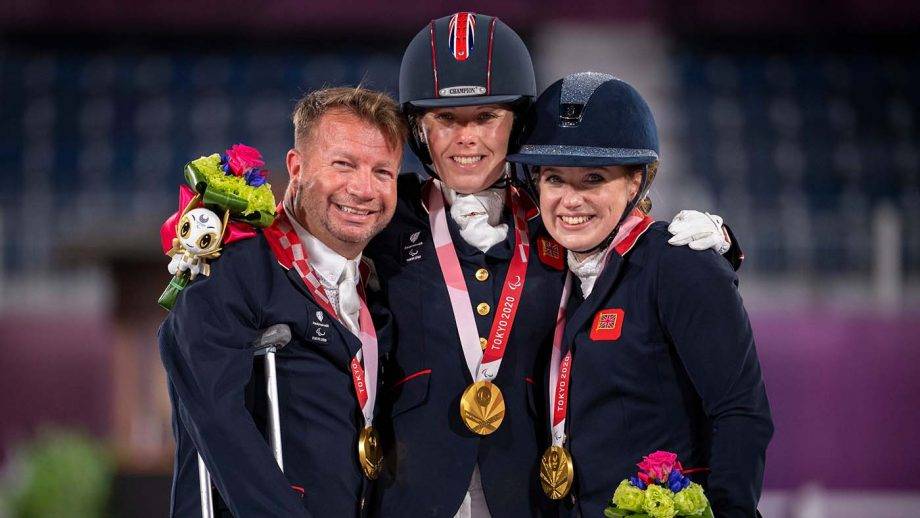 At the Paralympic Games, all athletes compete in three dressage tests: a team test, an individual championship test and a freestyle test (where athletes choose their own routine and set it to their own choice of music).

Athletes are classified according to their functional ability when mounted across five grades (Ia, Ib, II, III and IV). The grading determines the complexity of the movements riders perform with their horses during their tests, ensuring that the tests are judged on the skill of the rider, regardless of their impairment. Riders may use permitted assistive devices (called compensating aids) such as dressage whips, connecting rein bars, looped reins, and the like. Visually impaired riders are permitted to use ‘callers’ to help them navigate around the arena.

Grade Ia riders are usually wheelchair users with impairment of all four limbs. They may be able to walk, but this is usually with an unsteady gait due to difficulties with balance and trunk stability.

**Grade III **riders are usually able to walk without support but may require a wheelchair for longer distances. Riders can have moderate unilateral impairment, moderate impairment of all four limbs, or severe arm impairment. Blind riders (B1 total loss of eye sight) compete in this category but must wear blacked-out glasses or a blindfold.

Grade IV riders have an impairment in one of two limbs or some visual impairment (partial loss of eye sight) at B2 level.

Riders with just a hearing impairment or who have a visual impairment at B3 or B4 level are not eligible to compete at a Paralympic Games in para-equestrian dressage. Riders with recovering or deteriorating conditions such as MS are eligible but must have been reclassified within six months of a World Championships or Paralympic Games to ensure their classification is correct.

Specialised equipment including prostheses is only allowed where it has been specifically approved and is written on the master list.

Team GB's Lee Pearson secured his place as champion of the Paralympics dressage at the 2021 Tokyo Games when he completed a trio of gold medals by taking top spot in the grade II freestyle. Lee’s total of Paralympic gold medals won across team and individual competitions now stands at an incredible 14.

Lee rode bay gelding Breezer, who put in a test that was notably for its brilliant lift and cadence in the trot and scored 82.447%. After a frustrating test at Hartpury where Lee had to retire when Breezer became upset, this result was better than anything he could have wished for and cemented their phenomenal relationship.

Lee has won medals at every Paralympics dating all the way back to 2000 and said this was one of the least likely honours: “Breezer can’t help being sensitive, I can’t help being disabled, but we’ve done as much as we possibly can to get him in different environments. You can’t just have a button to say, ‘Don’t be more sensitive but do be more powerful’ – he was like a baby lion in there.”

Lee, rode to Kung Fu Panda music, and said Breezer was actually more relaxed than in his previous tests in Japan.

“I’m twice over the moon – I actually didn’t care if I won a medal, that horse gave me his heart in there. He was braver than the team test, braver even than the individual test a few days ago.

“He still was nervous in there and we had a tiny little spook before I entered and I just half halted to say, ‘Daddy’s here’ and just kind of said, ‘Come on, we can do this’. Then halfway through the test I nearly started enjoying it and then I remembered I needed to get to the end before I enjoy it – he was amazing.”

“I used to compete on my little 14.2hh New Forest pony when Sophie was on (Rio medallist) Valerius and Lee was on (triple gold Paralympic medal winner) Blue Circle Boy and I was tiny – to be here with them, I just can’t explain what it’s like,” said Georgia.

“I couldn’t do it without Sophie. She calms me down a lot and the training is just invaluable. To be on the podium with Lee and have an incredible athlete like him in my grade, it’s so special.

“I just can’t thank everybody enough for their help and all the team around us and the people that play National Lottery (which funds the World Class programme).”

Georgia was called up from the reserve bench to ride at these Games with her own and her parents Geoff and Julia’s chestnut mare Sakura, who is just seven years old, and the pair put in a very polished and precise test.

She said: “So it hasn’t been very long and she’s the kindest mare ever. I could take her anywhere. She could probably come into a hotel and sleep next to me.”

Team GB equestrians will go home with a sensational eight Olympic medals. Three gold for Lee Pearson, two bronze and a gold for Georgia Wilson and gold and silver for Sophie Wells. 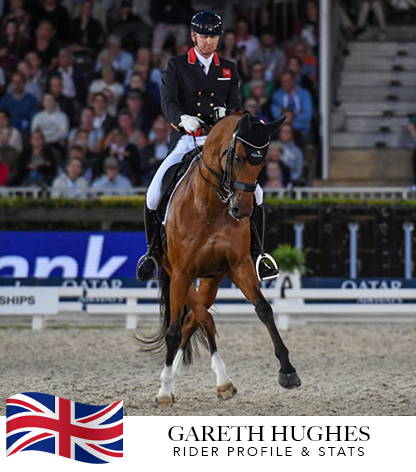 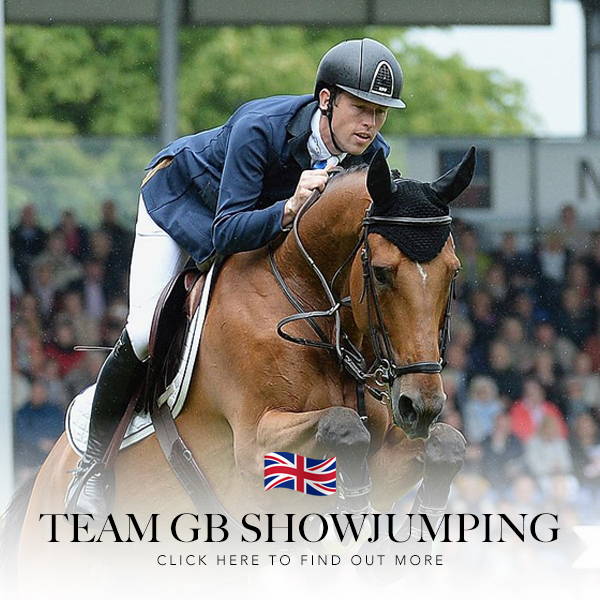 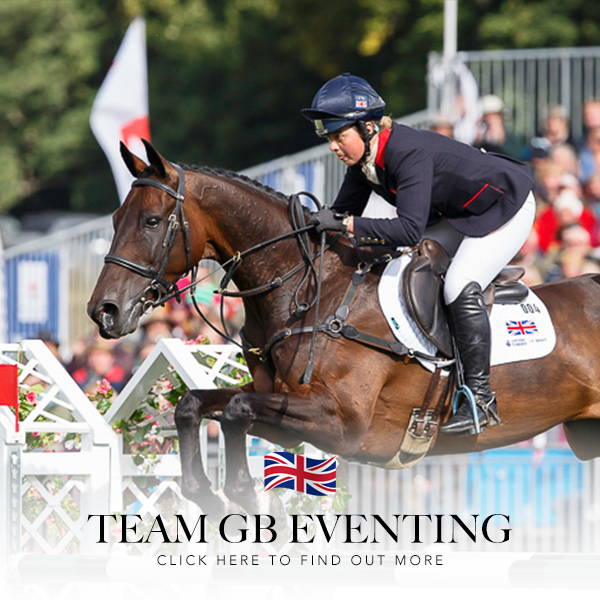 The Paralympics will run Tuesday 24th August to Sunday 5th September 2021 in Tokyo.

Who will represent Team GB's equestrian team at the Paralympics?

When are the equestrian events at the Paralympics taking place?

The first equestrian event will be held on the 26th of August, starting with the Individual tests for Grade 2, 4 and 5. They will run until the 30th of August 2021.

What is the schedule for the equestrian events at the Paralympics?

When are the next summer Paralympics?

What channel can I watch equestrian events at the Paralympics on?

Where will the equestrian events of the Olympics be held?

The events for each discipline will take place at JRA Equestrian Park, Tokyo. The park occupies an area of 180,000 square meters, including stables, indoor and outdoor arenas, an equestrian competition field, and office buildings.

How do you qualify for the equestrian teams in the Olympics?

The selection process for each discipline varies slightly, but is dependant upon the rider performance in top competitions and their FEI ranking. For Team GB, the final team and reserves will be selected and observed by a coach. Horses must have at least one named owner from the country they are competing for to qualify.